47 years ago we moved to West Philadelphia to start a long and fruitful contract with the University of Pennsylvania. Every year we provide cleaning services including the mammoth summer student changeover. Now the University have proven what we’ve always suspected - it is the biggest contributor to the local economy per year. 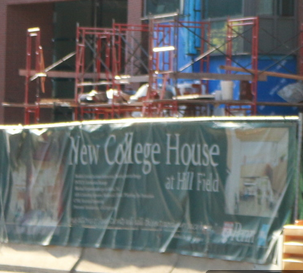 As Philadelphia’s largest employer, Penn Medicine and the University combined to generate over $14 billion in 2015 according to an independent report. The report highlights some phenomenal statistics:

Penn President Amy Gutmann added “The University of Pennsylvania and its Health System are an innovating force for good in Philadelphia, our region, society, and the world: advancing creative knowledge, making impactful discoveries, sustaining health, and educating great new leaders.

At Penn Jersey we pride ourselves on our commitment to the local West Philadelphia economy - employing full time and seasonal staff from deprived areas in our vicinity. We’re also proud to work with the University and its health system to help the local economy grow. Some of the statistics the report has provided are truly stunning. They include:

As we can attest, the University has also provided substantial support to West Philadelphia. Their investment in neighborhood services has helped to supplement municipal services including public space management, workforce development, homeownership programs, retail development and safety. This has included a $1 million annual investment by Penn’s Netter Center for Community Partnerships and $800,000 to the Sadie Tanner Mossell Alexander Elementary School.