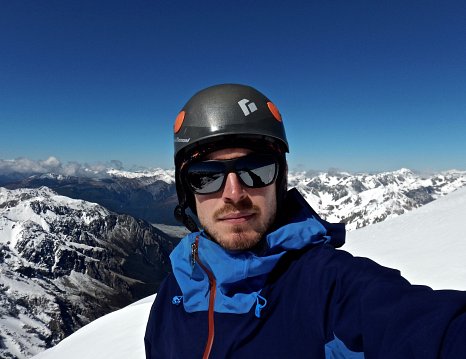 Nate began work with Penn Jersey on 2nd February this year and brings to the table a wealth of experience, knowledge and leadership skills that he developed while in the Marines.

We took some time out to catch up with Nate in the few weeks since his appointment, to talk to him about how he’s enjoying his new role, his past career, and how he feels this will benefit both himself and the company moving forward. 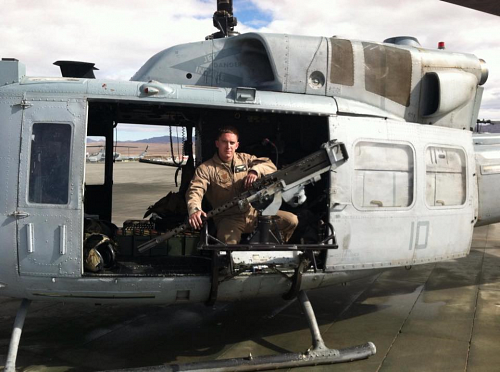 Nate, thanks for taking the time to chat with us. What things about your military background make moving into high-rise commercial cleaning a good fit for you?

Being in the military was an exciting and rewarding career. We perform tasks that are out of the ordinary for most people. The majority of these tasks are high in personal and team responsibility. For example, I flew in helicopters as a door gunner working at variable heights and speeds - and since then, I’ve been attracted to seeing the world from high places. As a Crew Chief my responsibilities in safety and crew training kept me striving to be the best leader and trainer I could be. When I first left the Military, I became a mountaineering safety and expedition guide which allowed me to continue my desire to develop leaderships and safety skills even further. I continue to do this in my personal time.

What can commercial cleaning businesses learn from the military about staff training?

In the military, clear communication is key. It could be the deciding factor between success and failure. Life and death. Everyone needs to know what is expected of them, and how the plan is supposed to be executed. Businesses that have regular staff training can do just that. It provides a clear explanation of how jobs are to be properly executed, what’s expected of the staff, and how to upkeep the image that the company wants to portray.

Why is eco-friendly cleaning so important to Penn Jersey?

It’s important to us that we do our part to help protect the environment from the beginning. If all companies thought progressively about preserving the quality of the environment, then we would drastically cut back on the damage being done to our world.

It’s so easy to destroy this planet. That’s why it’s such a big problem these days. The hard part is getting it clean again. Therefore [with eco-friendly cleaning] we are reducing our impacts from the get go. 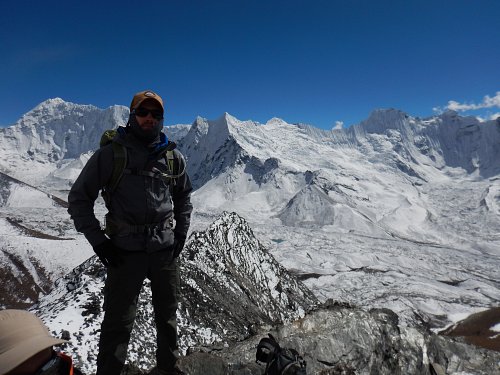 Good communication is important for any team, but especially ones that have to carry out potentially risky work, such as high rise cleaning - how do you go about inspiring and motivating your team?

When I was in the Marines, I looked up to the leaders who were working hard right there with me, as opposed to the ones barking orders from the comfort of an office chair. I’ve also seen a designated Mountain Expedition Leader telling others to go out into a fierce snow storm to shovel out his tent so he wouldn’t get buried alive, while he kept warm in his sleeping bag. I have decided I would never be the person barking orders. I lead by example. When I’m out on jobs, I work hard, don’t make any excuses, and perform to the standard in which I would hold my team. I’ll never let someone dig out my own tent.

What has been the toughest decision you’ve had to make in your career so far, and how did it make you feel?

The decision I’ve made that sticks out the most to me was to turn back on a climb. I was in New Zealand with a goal to climb the East ridge on The Footstool. A mountain with beautiful alpine ice lines on all sides. I put a lot of time and effort into planning it, as I was the designated leader for the climb.

Weather in New Zealand can awful for climbers. So, for a month and a half, we didn’t have any opportunity to get up there. Finally, we had a two-day window of clear skies and decided to go for it. We hiked in and set up camp on the first day.

Up and ready at 3am to get an early start before the sun came out and the snow was still frozen. At about 6am, we were just getting to the technical parts. I noticed the snow was thawing and becoming wet and heavy because the temperature was rising quickly.

Wet and heavy snow sitting on top of an old layer of still frozen snow can result in an avalanche. I made the decision for us to turn around and go back to camp.

I felt that all this preparation we made was for nothing. I felt like I had wasted everyone’s time and that my team was going to be angry with me. Once we got back to camp, the sun was hitting the ridge we were just on.

I was staring at our footprints where we turned around with disappointment in my stomach from the decision I had made.

At that very moment, a cornice (a truck sized bulge of wind loaded snow on top of the ridge) broke off from the heat of the sun and caused an avalanche that took out the slope. We’d have been in a load of trouble if we hadn’t turned back!

No one said a word to me. They all just slapped me on the back and gave me thumbs up and big happy smiles.

You’ve shown that it’s possible to move from the military life to a solid career in another industry, what would you say to others who are making the transition?

It’s not whether you know anything about the specific job or not. It’s about taking the work ethic you’ve gained and the leadership skills you’ve instilled and applying that to your new position. That is what will make you shine. You’ll have plenty of time to learn the details.

What would you say are the main transferrable skills you’ve developed from your military career to your new venture with Penn Jersey?

So far, it’s been my work ethic and ability to attack and keep on top of projects. I work hard. I perform jobs or work on projects until completion. I’ll never start something without finishing it. Also, a major skill that I didn’t have before the military, but gained once I was in, was the ability to look at situations in an objective manner. Before, I would use emotion in everything I did. Sometimes the situation may call for that, but most times not. Developing an objective viewpoint changed my decision making. What made this work for me is that I am still empathetic if need be. For employees to trust their supervisor, they need to know that they are cared for. Decision making that hurts the employee is bad for everyone. 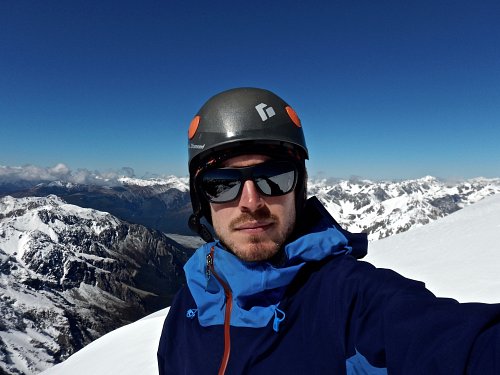 Thanks so much to Nate for giving up his time to speak so candidly to us, we’re really looking forward to working together to make Penn Jersey an even bigger success going forward.