Will Cleaning Ever Leave Chemicals Behind?

How to keep things clean without damaging the environment 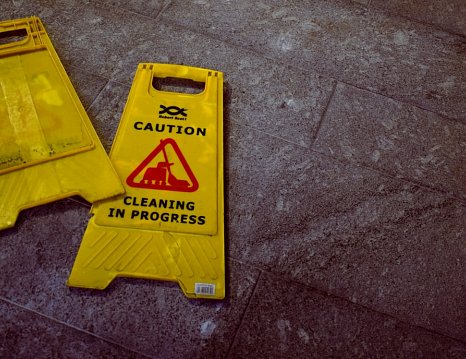 For the toughest jobs in professional cleaning, companies have always looked to tried and tested chemical formulas to get the work done. However, this may well be to the detriment of both property owners and cleaning professionals; one study, conducted by the European Community Respiratory Health Survey, reporting that regular use of household chemicals can surpass the damage caused by regular smoking. The dangers of these chemicals are, therefore, clear.

However, the professional cleaning industry thrives on its ability to provide absolute assurance to business owners that their property has been properly maintained. For cleaning in certain industries, this necessitates the usage of harsh chemicals that wouldn’t normally be used by the client. Leading the way to a better and greener future is the advent of green cleaning products.

Some of the most basic green cleaning products are simply tried and tested home methods, applied to a greater scale. Lemon is a favorite of many families for cleaning, as is vinegar; the simple ideas behind these products, simply the use of weak acids, is deployed by many companies. For instance, Klean-Strip have developed a range of weakened muriatic acids that are from organic sources, meaning little impact on the planet and lessened effect on the health.

Increasing numbers of companies are also opting to go chemical free entirely, instead using smart power washing devices. The power of well circulated water cannot be underestimated, although some industries, such as medicine, require a higher level of assurance over the quality treatment of their tools. Moving forward, many industries are seeking to get rid of chemicals altogether; though that may be a while into the future. For now, many businesses are looking to make incremental changes to the chemicals they deploy to make them friendlier and smarter. This includes both industrial scale cleaning efforts, and the day-to-day tools that workers and residents make use of in going about their business in a healthy way.

In the consideration over green cleaning and how it impacts on the workspace or home, the discussion over what chemicals are being placed on the body fall by the wayside. Received wisdom over the best hand soap to use, which alcohol gel is effective, and so on, is often wide of the mark in terms of the actual potential harm being related. Most notably, antibacterial hand soaps were found to actually increase the number of bacteria systems, according to a study conducted by Harvard University, as resistance made life easier for bugs. Dangerously, their study found that ‘good’ bacteria were being wiped out while harmful ‘mutated’ bacteria remained.

For janitorial services and other in-house maintenance, it’s important to consider an eco-friendly soap. The key is in keeping it simple. Basic soaps, made from glycerin and without scents, are often very environmentally friendly and will do the complete job of lifting dirt and bad bacteria from the hands without causing a mini ecological disaster.

There is evidence to suggest that chemicals could be left behind altogether. In as far back as 2014, reports were made over the potential for salt-and-water methods of cleaning; the UK’s Guardian reported that such technologies might outstrip use of chemicals by 2030. These devices have started to pick up momentum, with many major manufacturers producing their own salt-stream tools. The science here is simple; adding salt to the water gives it a charge, which in turn will bind many of the free radicals and bacteria that cause ill health, all without contributing chemicals to the working environment and planet. Most will know of the simple cleansing effect of salt-water, and this science is based on exactly the same principles.

This strand of thought, where using basic ionic charge to remove dirt from surfaces is deployed instead of harsh chemicals, is not new. Air purifiers work on the same principle, with sophisticated brands like Dyson adding charge to the air and filtering the returned pollutants through its internal system. This can reasonably be upscaled, and commercial cleaning firms may have a greater range of high-tech electrical equipment that performs cleaning simply through the transfer of charge.

Chemicals are not necessarily a bad thing, but they have been shown to create problems with long-term use. However, the necessities of the professional cleaning industry means that chemicals cannot always just be rejected. Instead, many companies are looking for ways to treat the planet, and their workers, in better ways. This means going back to basics, in many cases. In terms of the future, there are huge options out there, and many of them come back to the same theory – using ions to clean. Like worker bees, the use of charged particles in filtration and washing systems has the potential to gleam dirt from every surface and substrate without causing undue disturbance – meaning everyone can be happier, and healthier.

Photo by Oliver Hale on Unsplash