Dealing with Graffiti on your Premises 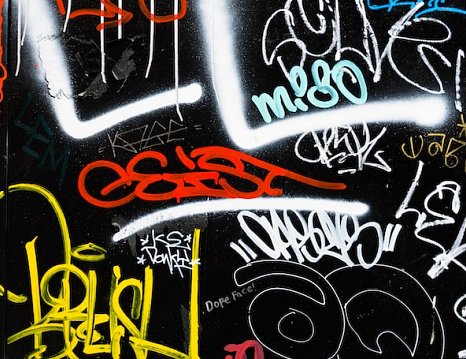 Graffiti, and its impact, is one of the biggest debates of the day when it comes to outdoor spaces. There was a huge spike in graffiti during the pandemic and, indeed, ever since, with [6ABC terming it an explosion]( https://6abc.com/philly-graffiti-philadelphia-crime-artists-vandalism/11505585/). On one hand, graffiti is vandalism - it’s superficial damage to a surface made without permission. It can also be conducive to crime; gang tags are well known for using graffiti as their medium. On the other hand, graffiti is a genuine artistic outlet, and graffiti artists from Jean-Michel Basquiat to Banksy have affirmed the high art potential of graffiti all around the world. For businesses, that’s a lot to consider - what’s the answer?

It’s worth considering the physical damage that graffiti paint itself causes. The National Parks Service, in a preservation brief aimed at individuals catering for ancient masonry, highlights exactly what those impacts are. The lacquers, hydrocarbons and enamels that make spray paints work have the capability to penetrate deeply into masonry and other surfaces. This means that they will cause long-term staining that, if not properly addressed for cleaning, can be very difficult to remove. This will discolor surfaces, permanently impacting the visual appearance of the surface.

Removing the paint can be harder again - but is usually routine if done promptly. The longer the paint is allowed to remain on the surface, the more damage it will have in the long term. Indeed, according to the NPS, a lot of graffiti will benefit from gentle soap and detergent in the short term. Taking a lower-power pressure washer to graffiti at the soonest point after it has been laid down is the key.

Graffiti can have a big impact on the success of a brick-and-mortar business. According to the Office of Juvenile Justice and Delinquency Prevention, graffiti sits alongside acts of casual vandalism, such as broken mailboxes, broken windows, and damaged infrastructure. When brought together, these can create an environment that is off putting to locals, and can reduce overall economic activity in the area. Furthermore, as the NPS highlights, early removal reduces the chance of other graffiti artists getting interested - there is a social aspect to graffiti, where vandalism helps to encourage more vandalism. In that way, graffiti is bad for business, and regular exterior cleaning and tidying to remove clutter and trash that accumulates alongside other acts can help to boost the image and local presence of a business.

While senseless tagging and scrawling of words on private surfaces is undoubtedly bad for the image and profile of a business, there is an argument that certain graffiti types will constitute art and, effectively, boost the profile of a business. What that means, exactly, is something that’s up for debate.

As Governing Magazine highlights, some cities are actively looking out for graffiti artists. Encouraging street painting as an accessible and intriguing form of open, free-to-access art is a signal that a business has an open view as to what constitutes beauty, and will create a unique look for businesses that transcends normal forms of decoration. There is a risk, however, that using graffiti in this way can override the actual meaning of graffiti - of it being a low-cost, down-to-earth way of encouraging and promoting art. Bringing in professional third parties, or commissioning expensive murals, can sometimes go against this principle - and be poor business sense.

It’s a big deal for modern business to be progressive. As The Guardian highlights, gestures from businesses are not hollow; they can have a real impact, whether socially or economically. Graffiti is one way to promote these progressive messages. As the Harvard Politics Review outlines, graffiti has long been an instrument of social progress - especially when it comes to issues of race. Street art is a way for underrepresented people to make a difference, and rise above the discourse. When used on local businesses, it can give that enterprise a genuine sense of being a champion for progressive political aims. In the age where reputation means everything, and a business needs as much a clean storefront as it does a healthy image for being fair and ethical, that’s very important.

In Philadelphia, a long street art history means that there’s plenty of inspiration for business - and success stories, too. DiscoverPHL highlights the mosaic art of the Magic Gardens; the Toynbee Tiles, which refer back to South Philly; and Wheatpasting, such as the City Hearts project. Together, these have given the street an intense and soulful tapestry of artwork that has helped most visitors enjoy the city that little more. The rub-off effect on businesses can not be underestimated, and those businesses that embrace and make the most of their potential graffiti connections will benefit even further.