From Roof To Lawn, Preparing Your Philly Business For An Early Fall 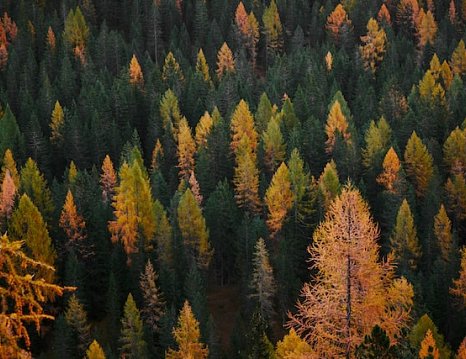 Philly’s seasons seem to be passing by with a little more extremity than they had in previous years, and 2022 has been a tough year when it comes to challenging weather. July 2022 was the second hottest on record according to Fox 29, and near-record temperatures were recorded earlier in August, according to the Philadelphia Inquirer. One big problem associated with these heat waves is an acceleration of the seasons. Trees lose their leaves sooner, fall stays warmer, rather than bringing rain to cool everything down, and winter doesn’t come along as expected. For businesses, this means tweaking your maintenance schedules just that little bit to keep everything clean and healthy.

For businesses, the biggest challenge associated with an early, dry leaf fall is roof damage. According to Philly’s Phinest Roofing, leaves and other detritus can easily build up in shingles and gutters, creating serious long-term roofing issues. Without rain to push along the leaves at a normal rate, large, solid build-ups are more likely to form, creating serious blockages later on in the year - when rains do come. This increases the chance of leaks, increases the chance of flooding, and is in general a nightmare situation for property maintenance professionals.

A deep roof clean once the leaves have fallen is essential. This will also help to bring out any moss or mold that has grown within gutter systems during the warm and wet months such as July. That puts your roof in the right space, and will also start making a headway on another important health risk - the impact on ragweed pollen.

Just as spring signals an uncomfortable time for those with pollen allergies, fall brings with it issues associated with ragweed. According to The Children’s Hospital of Philadelphia, ragweed season often sneaks up on those with allergies and causes serious problems, comparable with the issues faced in spring. With fall coming in sooner, ragweed is coming in sooner, too, and that’s going to be a problem for customers.

Two ways to ensure this threat is tackled can come as part of regular maintenance and cleaning. Cleaning the roof will ensure that any collected drift is removed, reducing the risk of the pollen being in and around your business. Secondly, regular window washing and cleaning will remove dust and detritus - as well as providing a clean facade for the business. In addition to that, it’s useful to have proper air ventilation, equipped with a HEPA filter, inside of the business - that’ll stop the worst of the allergens getting in, and protect your customers.

It’s also worth noting that, according to PBD/NPR WHYY, many western Philly homes are from such old housing stock that they are dangerous in terms of dust and mold levels; double checking the age and quality of the business premises can be an important step, therefore, given these known issues about older buildings in the city.

All of the plant fall and higher levels of dust will of course have an impact on the outside of the property, too. PBS/NPR WHYY monitor air quality in the state, and despite improvements, the Philadelphia region still attracts an F score for air quality. Partly due to heavy industry, and partly due to extraneous factors such as 2021s Saharan dust cloud, it is nevertheless a fact that dust and organic waste are going to be trapped close to ground and will impact the outside appearance of the business.

There are three main issues associated with cluttered and dirty outside spaces. For all businesses, curb appeal is negatively impacted, reducing the chance that customers will want to come in. For businesses that actively use their outdoors spaces as part of their services, for instance restaurants, you lose out on seating space and will also promote a poor quality experience for customers. Lastly, there can be safety issues associated with ground clutter, such as obfuscated paths around the property, which can lead to litigation if a customer has an injury while visiting. Accordingly, undertaking full groundwork and maintenance can help to protect the property.

Doing all of this earlier this year will ensure that overheads are raised as early as possible, giving a clearer financial picture for the months ahead - which is invaluable, especially as colder weather starts to move in across the state. Making changes to regular maintenance is one of the adaptations businesses need to make in order to apply themselves to the changing nature of the seasons in Pennsylvania. Making those little amendments to ensure that your business is ahead of the curve, not behind it, will ensure the maximum possible benefits can be made from an in-depth, professional, and well-planned maintenance schedule.