Keeping Your Business Up With Philly’s Construction Boom

Whether A New Build, Or Old 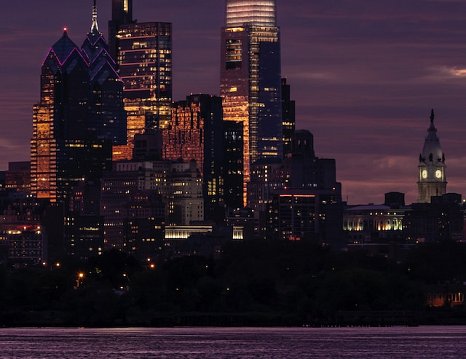 Philadelphia is experiencing a veritable boom in construction. According to the Philadelphia Inquirer, the past two years have seen a record number of proposals go before city and regional planning committees, and, according to Yimby Philadelphia, 2022 is on track to smash previous records - with up to 10,000 new lots to be finished by the year end. At the same time, the city does have a long-standing problem with crumbling historic buildings; a separate report by the Inquirer found that hundreds of historic buildings, schools especially, were in a state of serious disrepair. Whether part of the new building boom, or catching up from the back, Philly businesses have a few maintenance crucials to consider.

While many of Philly’s new building developments have been well-constructed and are well-received, many others have had issues. According to NPR WHYY, one developer, Streamline development, who were responsible for developments in areas including Kensington, are set to be sued in relation to such builds. Accusations of mold on the roof, dripping pipes, and crumbling floors are among the charges. The question for most business owners will be whether they have any control over these issues.

As it happens, many do. Many properties are subject to the same problems as others, regardless of the date of construction. Mold and damp are common to many Philadelphia areas simply due to the local climate, and the impact of floods and storms can create those problems, top-down, where previously they might not have expected. Regular cleaning is therefore essential, and new builds have a few areas to focus on in particular.

Many new developments in Philadelphia are glass-based, whether in the majority of the build or as a significant part. This necessitates specific care and cleaning to treat glass. This becomes especially important in the pollen seasons, and again in the winter when there tends to be lower air quality and more particulates in the air.

Take this principle from two angles. Firstly, all-over building cleaning is essential to preserve the look of a new build and to prevent early dirt build up. Secondly, regular cleaning of areas such as the roof can ensure that you won’t receive any long-term damage owing to neglect in those areas. It can also help in identifying issues early - if they are present. Regular maintenance is the only way to see behind the superficial veil of a building and detect longer-term damaging issues.

While new construction powers on, there has also been a quiet renovation revolution across the city. Older buildings, many raised in the 19th century, have been subject to concerted renovation efforts. These have sought to retain the character and authenticity of the age while bringing the projects into modern day usage, and have caught national attention.

A 2021 review of these renovations, profiled in The New York Times, placed particular focus on the centerpiece Philadelphia Museum. Rather than fighting against the problems of the new buildings, renovators sought to work with them, and the result is a better looking and stronger building than what came before. This offers a hint to people undertaking maintenance. For all of their faults, Philly’s older building estate is also still standing, some properties after perhaps two hundred years. Working with them, not against them, is key - and there’s a way to approach that.

Firstly, looking to experts who have the specialist expertise to maintain the building is essential. Where there are older materials in play, such as wood floors that are less common today, or older linoleums and concrete surfaces, proper cleaning will require the use of products that are gentle and will not damage the surface. This then extends to the structure of the building, too. Older buildings that are framed in wood can suffer from structural issues stemming from the use of wood, much of which can rot in the humid environment and wet seasons. Taking a proper look at the frame of the house and sensitively yet assertively attacking issues is the key.

Similarly, the older materials and construction of roof areas can require a gentle touch to clean and renovate. They are also more likely to gather leaves and other debris, causing guttering issues. This can then impact the walls and structure of the home - a real catch 22 situation.

Philadelphia boasts a combination of vintage properties and stunning new developments. Both have their problems and risks, and both require special attention to detail in maintenance. What they share in common, however, is the need for consistent and well executed cleaning and upkeep - both to maintain a new shine for the future, and to prevent problems of old returning to damage the property.